About Robert Moss and Active Dreaming

On Welcoming the Seeker

I regard everyone who is drawn to me and my work as a seeker. I will try to meet them where they are but this never involves talking down to them. I always try to give them the best I can. I often find that someone with little formal knowledge and practice who has beginner’s mind is ready to receive and grow far more quickly than someone burdened with the notion that they are an adept. And I am more than willing to learn from them in the amazing experiences we share. Never trust a teacher who is not also a student.

When strangers ask me what I do, I often respond, “I am a storyteller and I help people to find and live their bigger and braver stories, and tell them really well.” 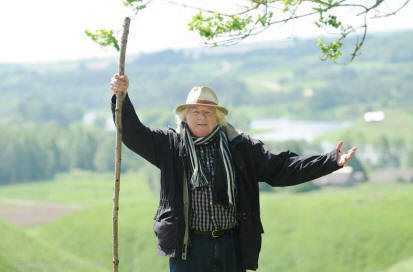 Robert Moss describes himself as a dream teacher, on a path for which there has been no career track in our culture. He is the creator of Active Dreaming, an original synthesis of dreamwork and shamanism. Born in Australia, he survived three near-death experiences in childhood. He leads popular seminars all over the world, including a three-year training for teachers of Active Dreaming. A former lecturer in ancient history at the Australian National University, he is a best-selling novelist, journalist and independent scholar. He has published  twelve books on dreaming, shamanism and imagination.

He identifies the great watershed in his adult life as a sequence of visionary events that unfolded in 1987-1988, after he decided to leave the world of big cities and the fast-track life of a popular novelist and put down roots on a farm in the upper Hudson Valley of New York. Moss started dreaming in a language he did not know that proved to be an archaic form of the Mohawk language. Helped by native speakers to interpret his dreams, Moss came to believe that they had put him in touch with an ancient healer, an arendiwanen or “woman of power” and that they were calling him to a different life.

Out of these experiences he wrote a series of historical novels and developed the practice he calls Active Dreaming, an original synthesis of contemporary dreamwork and shamanic methods of journeying and healing. A central premise of Moss’s approach is that dreaming isn’t just what happens during sleep; dreaming is waking up to sources of guidance, healing and creativity beyond the reach of the everyday mind.

He introduced his method to an international audience as an invited presenter at the conference of the International Association for the Study of Dreams at the University of Leiden in 1994.

Core techniques of Active Dreaming include:

Over the past 20 years, he has led seminars at the Esalen Institute, Kripalu, the Omega Institute, the New York Open Center, Bastyr University, John F. Kennedy University, Meriter Hospital, and many other centers and institutions. He has taught depth workshops in Active Dreaming in the UK, Australia, Canada, Costa Rica, France, the Netherlands, Denmark, Sweden, Lithuania, Latvia, Estonia, Romania, Brazil and Austria and leads a three-year training for teachers of Active Dreaming. He hosts the “”Way of the Dreamer”” radio show at www.healthylife.net.

He has appeared on many TV and radio shows, ranging from Charlie Rose and the Today show to Coast to Coast and the Diane Rehm show on NPR. His articles on dreaming have been published in media ranging from Parade to Shaman’s Drum.